It has been a busy summer, and I was able to enjoy some solo wandering time as well as some kid-friendly adventures; I’ll be back soon to write about those.

Today’s post is about some bigger wandering. Back in August, I packed up and moved to start my first overseas teaching post. Big Foot and I are now living in Abidjan!

My original plan was to write a post as soon as I arrived, but I feel like it has taken me almost until now to feel settled.

The first thing to know about living here, is that French is the official language. This was not a problem for me since I am fluent; in fact, I saw it as an opportunity for Big Foot to improve his French in a more authentic way. Because Ivory Coast is a former French colony which retains economic ties with France, most of the imported products in grocery stores are French. This has actually been very nice for me, as I now have access to products I remember from my childhood, which I missed during my many years in the US. For those who have a purely US background, this can be a downside, as American brands can be both difficult to find and expensive.

Speaking of which, everything is more difficult here. For example, there are no addresses, so letting someone (like your taxi driver) know where you live is an interesting exercise. The traffic is intense as it is in any other major city, but here there is the added fun of driving rules that are at best mere suggestions. To put things in perspective, even though this is a country where malaria is fairly common, the official embassy guides list car accidents as the greatest hazard we are likely to face here.

As is the case in many developing countries, there is a stark disparity between the haves and the have nots. For example, modern villas and pricey private schools can often be found just a few hundred feet away from shacks and piles of rubble; street vendors in makeshift stands line roads that lead to malls where one can easily spend the average Ivorian’s monthly income in one shop. 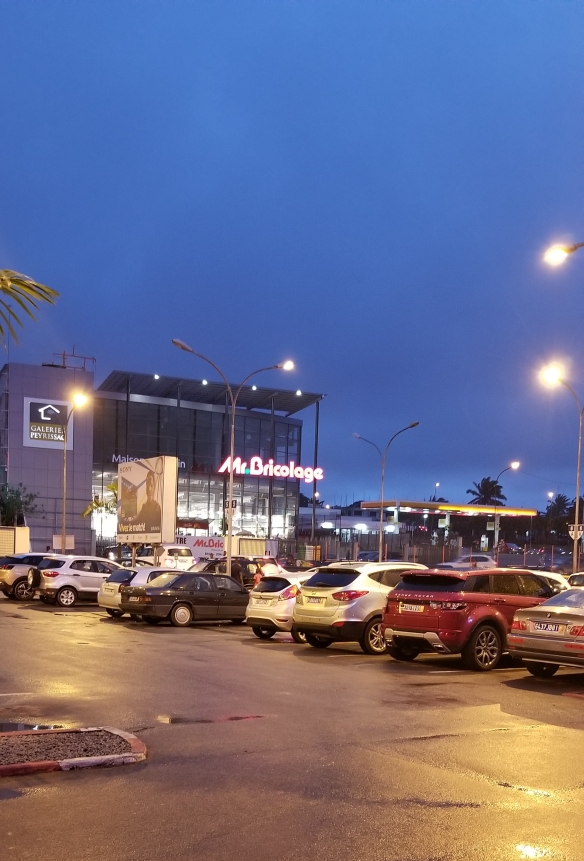 That said, there are many positives here for me on a personal level, and there are hopeful developments in the city as well. As I post during my time here, I will try to focus on positive images; after all there are plenty of places you can go if you want to read about the lurid and destitute face of Africa .

Until next time, I leave you with some images from the beach at Grand Bassam.